As you should hopefully know now if you have been following this blog, too much sitting, and in particular prolonged periods of sitting, can increase the risk of an early death. Replacing long periods of sitting with either standing or other physical activity has been shown to produce beneficial effects on a person’s glucose, insulin and lipid (or fat) metabolism in short term laboratory studies. But are there any additional health benefits that can be achieved when people manage to replace their prolonged periods of sitting long-term, and if so what are they? And are greater benefits seen for a person’s health when they replace sitting with stepping, not just standing? The Stand Up Australia research team set out to try and answer these questions by using a method known as compositional data analysis (CoDA). CoDA enables the researchers to simultaneously look at all activities a person does in a 24-hr period, and how this activity distribution is related to the person’s cardio-metabolic biomarkers, such as body weight and cholesterol to name a few. This is the first study to use the CoDA method within the context of a sitting-reduction intervention, and it was published in the March issue of the journal Medicine and Science in Sports & Exercise. 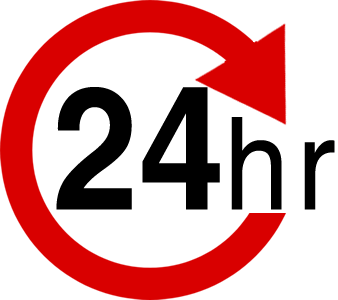 SO HOW CAN WE USE CODA TO SEE THE IMPACTS OF SITTING REDUCTION INTERVENTIONS ON HEALTH?

Participants in the study intervention, conducted in 14 workplaces across Victoria, were asked to improve whole-of-day activity by standing up, sitting less, and moving more. Changes made in the composition of daily waking hours were gathered, and then analysed for any associations with changes in cardio-metabolic risk that occurred at a similar time. Researchers used the CoDA method to examine and compare all activity changes simultaneously during a 24-hr period for each intervention participant. A total of 136 participants were asked to wear an activity monitor for 24 hrs continuously over a period of 7 days, along with keeping an activity record before the intervention started; again at 3 months into the intervention (to assess short-term changes); and then again at 12 months (to access long-term changes). This individual data was then collected and analysed with the CoDA method.

SO WERE THERE ANY DIFFERENCES BETWEEN THE SHORT- AND LONG-TERM HEALTH OF PARTICIPANTS WHEN THEY REDUCED SITTING TIME?

In the short-term, replacing sitting with either standing or stepping showed statistically significant improvements only for systolic blood pressure; however, the findings for all biomarkers was headed in an advantageous direction.  In the long term (12 months), significant improvements in overall cardio-metabolic risk, triglycerides, total/HDL cholesterol ration, diastolic blood pressure, weight and body fat, waist circumference and insulin, and borderline improved insulin sensitivity were seen.

BUT WHICH IS BETTER FOR OUR HEALTH: STANDING OR STEPPING?

In general, the findings were stronger (i.e. more beneficial) if the sitting was replaced with stepping rather than standing, and for insulin and systolic blood pressure, significant benefits were only seen for stepping. Importantly, however, both types of sitting reduction (stepping and standing) were associated with a statistically significant lowering of overall cardio-metabolic risk. So, overall, these findings suggest that efforts to reduce sitting in the workplace over the long term have the capacity to improve cardiovascular health. Just another reason to BeUpstanding™! (and, while you are up, aim to also be stepping regularly as well).

This blog post was written by Anna Edwards as part of a summer research scholarship undertaken with the BeUpstanding™ team. 100 Champions!!!
What About Productivity?